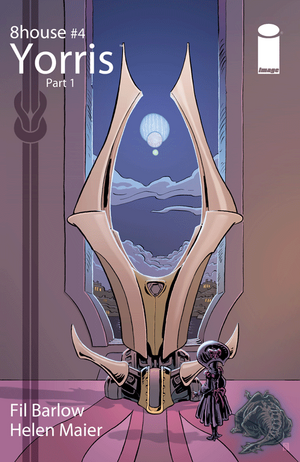 A NEW 8HOUSE STORY ARC BEGINS! Yorris a young Baroness can see the creatures evoked by her people from the 8th House, the House of Curses. Yorris witnesses an astral assassin attack, but her warnings are rejected and she is hauled off to an asylum.

Retrieved from "https://imagecomics.fandom.com/wiki/8house_Vol_1_4?oldid=45233"
Community content is available under CC-BY-SA unless otherwise noted.