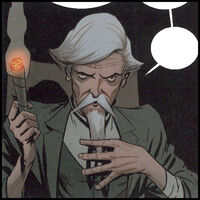 Chamberlain secretly murdered one of his dearest friends, President Burkhart, in order to become the newest leader of the Confederacy. In fact their children married each other and had three young children of their own.