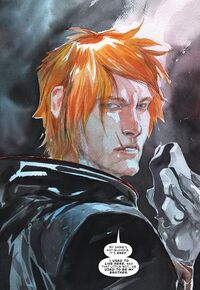 Upon tracking her down to Sampson, they were suddenly attacked by Gnishians who had been following Andy.[5]