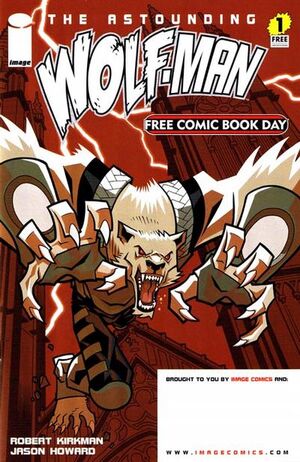 I'll start by teaching you everything I know. And I assure you...I know a thing or two about the supernatural.

In Willow Creek, Montana, Chloe Hampton and Rebecca panic after Gary Hampton was mysteriously attacked and lost much blood. One month later, Gary finally wakes up from his coma, baffled at his wife smoking again. He asks where his daughter is and she reveals that she is Upstate New York with his parents. Nurses and doctors arrive, asking that Rebecca leave so that they can examine him.

Later, the doctor comes back to reveal to Rebecca that he is stable. She says that she will come back tomorrow. Gary’s eye begin to open and his teeth begin to growing sharper along with his muscles becoming veiny. He gets out of his bed and leaps out the window. It is revealed that Gary has contracted Lycanthropy from his attack. He manages to leap on the building and he notices an older gentleman. He growls and attacks him, likely killing him.

The next morning, two doctors talk about Gary’s condition. The duo discuss how he may have brain damage. They open the door and sees a naked Gary asking to leave along miraculously having all his injuries healed. One month later, Gary would return home to his role as CEO of Hampton Industries. Chloe and Rebecca return from her tennis practice.

Rebecca mentions that Chloe is getting better. Gary reveals his day to be frustrating as the reporters kept bothering him about his attack. Gary promises Chloe a tennis match before dinner. He goes to his conference call that he has from an Asian CEO. He asks that he merge with Hampton Industries, but the man says that he doesn’t want to the publicity. The man hangs up and Gary becomes frustrated. Chloe enters and Gary goes with her to play tennis. She easily beats him and the duo go to dinner. Chloe tells her father that she loves him with him returning.

The night, Rebecca and Gary discuss how Chloe has improved. They go to bed and Gary goes through another transformation. He finds a rabbit and proceeds to eat it. Gary wakes up and sees his short torn apart. Dunford alerts them of what happened on the cameras. Dunford sees a biped dog with the same clothing as Gary.

Rebecca sees the resemblance and comes to the conclusion that Gary is a werewolf. A man interrupts the trio. Gary asks Dunford to call security, but the man assures Gary that he’s there to help. He reveals that he knows about Gary’s lycanthropy, the attack in Montana, and how he has uncontrollable frenzies during the full moon. He offers to train Gary and mentor him. Gary asks how will he be able to. The man reveals that he knows about the supernatural and shows his sharp canines as well as red eyes, traits common to a vampire.

Retrieved from "https://imagecomics.fandom.com/wiki/Astounding_Wolf-Man_Vol_1_1?oldid=56182"
Community content is available under CC-BY-SA unless otherwise noted.