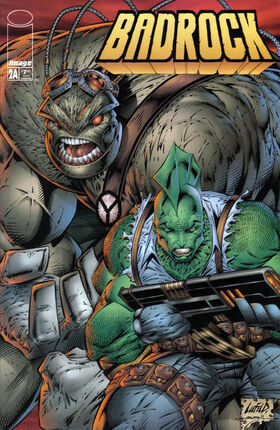 Badrock punches the Savage Dragon and angrily recounts the violent night he has had.  Dragon calmly explains he came to help as Overlord now wants Badrock dead.  He then opens the trunk of his car and gives Badrock a large rifle.  Atop Overlord’s headquarters, the villain declares to Girth that Badrock must die for humiliating him.