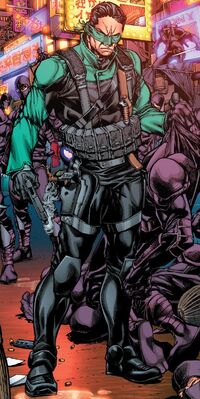 Not much is known about Best Tiger's origin other than he was born in China. It is also unknown what degree of training he went through to achieve his skills.

Best Tiger meets with a group of assailants who he had taken down. After coming down to his last bullet, he fires the gun and it ricochets with enough precisions to incapacitate them them all. Zandale Randolph arrives to the scene, amazed at the spectacle. He reveals to Zandale that he isn't blind, but much rather wears the headband for the challenge.