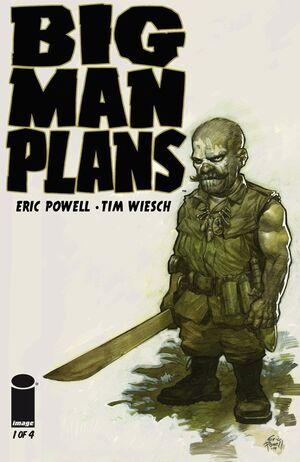 From ERIC POWELL (Eisner award-winning creator of The Goon) and TIM WEISCH (a guy who used to be a bricklayer) comes BIG MAN PLANS, a brutal crime drama with a shocking mystery at its heart. Even the most marginalized in society can exact revenge if they don't care how they do it.

Retrieved from "https://imagecomics.fandom.com/wiki/Big_Man_Plans_Vol_1_1?oldid=50522"
Community content is available under CC-BY-SA unless otherwise noted.