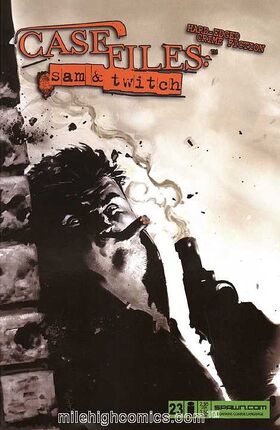 Appearing in "Fathers and Daughters, Part 4"

Sylvester is brought into meet with a doctor for questioning. When they realize he cannot pin-point how she died, they realize he has made the story up as he became obsessed with her and needed control in his life over her. So he fantasized a story of how he was involved in her death.

At the same time, a SWAT team approaches Sylvester's home. His home lets them in and they discover a room with Lacey posters and attestations of love written all over the walls.

However, when they return to headquarters the doctor tells them that Sylvester is innocent and they have cut him loose. Twitch notices the sheer number of protesters outside and is impressed at how popular the girl was. He receives a sudden call from his wife, Helen Williams. He tells her that he's fine and will be home as soon as he can.

A man burst into headquarters and claims to be Mitchell, one of Hanson's children from a previous marriage. He tells them his sister, Julia, had been killed by Hanson years ago.