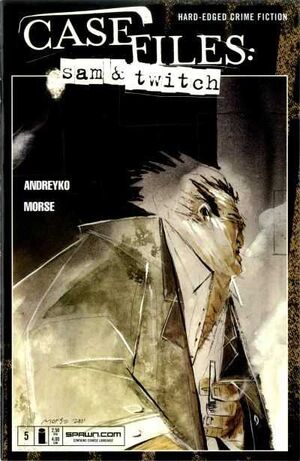 Appearing in "Have you seen me? Part 5"

Plot Synopsis for "Have you seen me? Part 5"

Twitch Williams pours over the evidence with Sam Burke. He looks at the previous cases they've solved and realizes they've gone up against several nut jobs. His daughter could have been taken by any of them he thinks. Sam pours them a drink and then takes them home. Twitch comes home to find Max Williams IV waiting for him in his apartment.

Following up on the license plate lead, Twitch and Sam head to the South African ambassador office. He demands to speak with Ambassador Van der Waal. He bursts into the room and has an emotional outburst that his office is harboring a criminal. The office calls the New York City Police Department and has his escorted out. As he's escorted out, K.C. McRory watches as he's escorted out.

Sam prepares to head into court. He's called to the stand by Timothy Champion. He's asked to testify as to whether he shot Cecilia Udaku. Sam dodges the questions long enough for an interruption of an unseen man making an entrance into the courtroom.

This is the second spin-off book featuring New York City police detectives Sam Burke and Twitch Williams, popular characters originally introduced in the core Spawn title. Casefiles: Sam and Twitch takes the crime noir world of Sam and Twitch to a darker level, and features unique artwork and storytelling from Marc Andreyko and Scott Morse. Intended for mature audiences only. In the penultimate chapter of "Have You Seen Me?" Twitch's life careens out of control! Will the pressure cause him to turn his back on everything he has believed? How much suffering can one man take before he is damaged beyond repair? And what makes Sam turn against his best friend?

Retrieved from "https://imagecomics.fandom.com/wiki/Case_Files:_Sam_and_Twitch_Vol_1_5?oldid=43207"
Community content is available under CC-BY-SA unless otherwise noted.