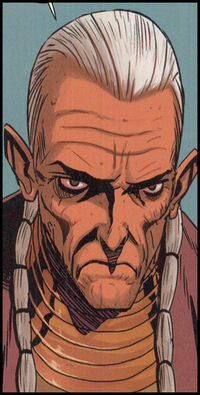 Cheveyo taught his son and John Freeman as small children and the two boys thought of each other as brothers.

Later, Cheveyo became the leader of the Endless Nation.

Recently Cheveyo battled Death, his son, Wolf and Crow in a mystical battle. It was unclear if he lost or not, but his physical body was killed by Hurk the Ranger before he could tell Death where to find his son.

Retrieved from "https://imagecomics.fandom.com/wiki/Cheveyo_(East_of_West)?oldid=61232"
Community content is available under CC-BY-SA unless otherwise noted.