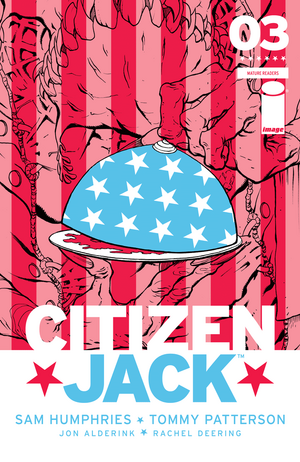 Appearing in "The Con"

Plot Synopsis for "The Con"

Jack Northworthy prepares to head out on stage to deliver his address. Marlinspike stands behind him as he places a gun in the back of his pants. Jack heads out with smiles on his face to address the crowd. He builds them up as his supporters believe he will defeat Honeycutt for the party nomination.

Elsewhere, Donna Forsyth speaks with Lois on the phone. Lois tells her she's been looking into her past and knows she's screwed up a separate campaign. She requests she quit working for her husband and come back to Musk to work for her. Donna instead proposes she come to the campaign to stand by Jack and become the first lady. However, she's interrupted by a text message.

Donna bursts into Jack's room and tells him he's lost to Honeycutt. She orders him to make some phone calls. Instead, Jack puts on his clothes and heads to meet Honeycutt. When Honeycutt admits that he won by money and not votes, Marlinspike stabs Honeycutt through the back and kills him. Jack stands over him holding the gun from his back pocket. Honeycutt's associates burst into the room and threaten to call the police when they see Jack standing over Honeycutt with a gun and blood all over him. Jack reminds them he's the only chance they have for getting on the ballot. They realize he's right and agree to stand behind him.

Jack and his demon make a bloody mess at the national convention.

Retrieved from "https://imagecomics.fandom.com/wiki/Citizen_Jack_Vol_1_3?oldid=67818"
Community content is available under CC-BY-SA unless otherwise noted.