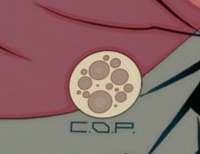 Base of Operations
Talescria
Affiliations

The Coalition' of Planets was created by Thaedus to combat the intergalactic threat of the Viltrum Empire. The two opposing factions would eventually establish a non-aggression pact. After Thragg's exile, Nolan Grayson would reform the Empire and the two would be allies.

Retrieved from "https://imagecomics.fandom.com/wiki/Coalition_of_Planets?oldid=63618"
Community content is available under CC-BY-SA unless otherwise noted.