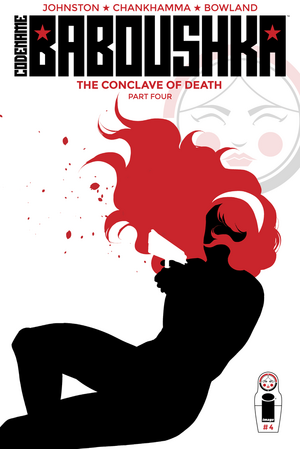 Seamus Stirling returns the unconscious body of Baboushka to the bridge where the Somali pirate leader is stationed. He hears over the radio code speak for their ship being boarded. He screams at them to scramble to get Felton's data and evacuate the ship quickly. Contessa wakes up and knocks out one of the guards. She detonates a bomb, blows up the scrambler, and jumps out the window to escape from Seamus.

Contessa calls Gyorgyov now that her comms have been re-established. She dives into the water as the pirates fire at her. Seamus tells them to round the chopper as he prepares to escape with Felton's data.

Seamus walks to the doctor's area and asks if the body scans of Felton has found any discs implanted in him. When he doesn't find anything, Seamus kills him.

As Contessa continues to run through the ship and elude the Somali pirates, she stumbles across a pile of C4 explosives.

The truth about the pirates’ plan is revealed — or is it?! Can Baboushka trust anyone? Or is it just safer to shoot everyone and ask questions later? Take a wild guess.

Retrieved from "https://imagecomics.fandom.com/wiki/Codename_Baboushka:_The_Conclave_of_Death_Vol_1_4?oldid=54491"
Community content is available under CC-BY-SA unless otherwise noted.