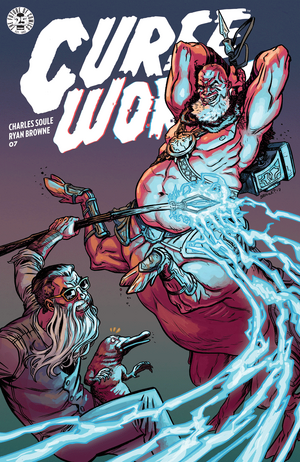 “EXPLOSIONTOWN,” Part Two Wizord is in a tough spot, as the leaders of Earth have decided they're pretty fed up with wizard battles tearing up the joint all the time. They want to shut him down! Selfish, right? They really just don't get it. Expect intense magical action as the second arc of CURSE WORDS continues!

Retrieved from "https://imagecomics.fandom.com/wiki/Curse_Words_Vol_1_7?oldid=67752"
Community content is available under CC-BY-SA unless otherwise noted.