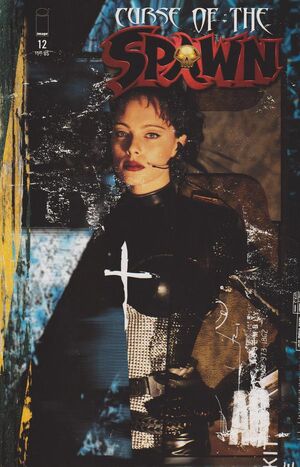 A young girl roasts marshmallows outside her home. Police offers arrive and find the young girl strangely roasting a marshmallow as her house is engulfed in a roaring flame. The girl innocently admits to lighting her parents on fire because they said, "no".

Two decades later, that little girl has grown up to be Jessica Priest who single handedly blows up a Middle Eastern compound. She sings songs and takes delight in the killing. She sets off several rockets and informs the general he's just started a war with Israel.

Later at CIA Headquarters, Jessica returns to her boss, Jason Wynn. They celebrate with their usual swim race where Jessica continues to let Jason Wynn barely win. He informs her the next mission is to recover a biogenetic weapon called Heat-16 from his lab in Brazil.

Later, Jessica returns to her home in Queens, New York, not more than three houses away from the Fitzgerald home. Her family welcomes her back and she puts on a face that she is just an office worker. She tells her husband she'll need to travel soon. In the background, the new reports of a war breaking out as Israel retaliates with rocket salvos plays on TV as they cuddle in bed.

After several flights, Jessica had into the jungle on a river boat. Her reflexes pick up on a strange sound and instinctively dives off the boat as it explodes. She disables the troops who attacked and continues towards her mission of retrieving the medlab weapon.

Upon arriving, she's caught off guard and shot by Liz Arno and Kevin Bergregor.

Retrieved from "https://imagecomics.fandom.com/wiki/Curse_of_the_Spawn_Vol_1_12?oldid=68183"
Community content is available under CC-BY-SA unless otherwise noted.