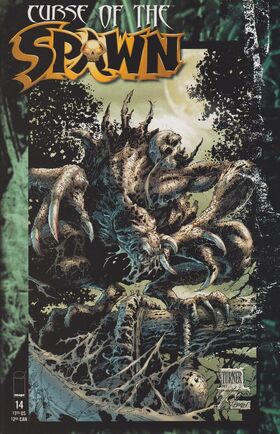 Appearing in "Apocalypse When"

Plot Synopsis for "Apocalypse When"

A sudden rockfall threatens Aranxia's life. Jessica Priest rushes to her side to assist. Erlich Westerlin pulls out his sniper rifle and assassinates Aranxia when he sees Jessica's devotion. He demand to know the purpose of Heat-16, the pill he took from her.

Obersmith and Zacks attack the camp as they continue to follow Priest's scent. They murder Westerlin and take the weapon back to Liz Arno and Kevin Bergregor. Jessica climbs the hill to find Westerlin murdered. She decides to follow the genetic beasts and stay on the trail of the weapon.

Jessica recalls a school shooting where she executed many of her classmates and enjoyed it. She believed she was on a mission to take out all the assholes of the world.

Jessica then recalls being in prison. Jason Wynn visited her and offered her an opportunity to sharpen her warrior's spirit for him. She then started her relationship of working for Wynn.

In the present, Jessica catches up with the genetic breasts. She kills Zacks but Obersmith escapes to Kevin Bergregor and Liz Arno with the Heat-16.

Meanwhile, the local jungle people celebrate Jessica as a Waura for her actions. Jessica leaves to find the base once again.

Upon arriving, she murders the genetic beasts and scientists. She lights the place on fire. Her eyes are filled with flames in the same way they were when she lit her house on fire as a child. [1]

Later Wynn approaches Jessica on the beach and she hands him the weapon as promised. He tells her that next time he will make the assignment more difficult.