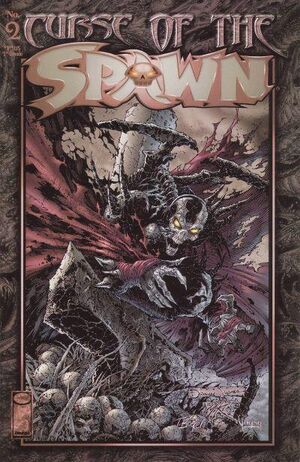 Daniel Llanso experiences several painful flashbacks. He recalls making a deal with Phlegethonyarre. He recalls being at the Deimos Prison Facility, being in and out of detention centers as a thief, and being a killer. He recalls killing a man named Reece on the moon.

In the present, Daniel tried to approach Mardid and Matthew. Madrid blasts him with her gun. She grabs Daniel as they flee. Matthew has a feeling he knows Daniel, who is the boy's uncle.

Daniel is suddenly haunted by the voice of Hell. It reminds him he signed a contract and must kill. He suddenly recalls when he was sent to prison for the third time. He feel in love with his public defender, Noon. His memories turn on him as he starts to recall how she died because of him.

Daniel reawakens and finds Abaddon awaits orders from him as his new master. The dark Lord Anti-Pope watches as Bune descends to unleash his fury and hate on mankind. He approaches a man in chains named Abel. He taunts him and then disembowels him. He then is baptized and a transformation begins.

Memory flashes of Daniel Llanso's past reveal few clues to his present situation as this future's Hellspawn. Madrid, frightened by witnessing the Hellspawn kill the Desiccator, turns her spinner on him and fires while Matthew recognizes him as his uncle. As they flee the area, they battle the Nightmares and manage to commandeer an Armored Personnel Carrier. Meanwhile, as the Hellspawn recovers from the blast, the demon, Abbadon initiates a genocidal mission. Elsewhere, the Anti-Pope visits the Nu-Vatican chambers where he guts a prisoner named Abel.

Retrieved from "https://imagecomics.fandom.com/wiki/Curse_of_the_Spawn_Vol_1_2?oldid=53721"
Community content is available under CC-BY-SA unless otherwise noted.