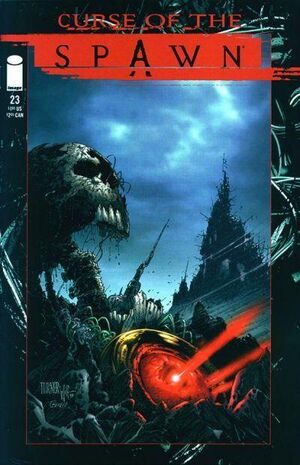 In Greenland, Eylan Hessman works on his genetic experiments. His father was a prominent doctor who worked with the terminally ill. He brought Eylan to the hospital where he learned much about the human body. When his dad was struck with ALS, he dedicated his life to trying to save him. The technology wasn't ready and ended up burying his father on Father's Day.

Later, Eylan learned his father had a short affair with Christina Rocca, who gave birth to Nicholas Rocca. When he tracked Nicholas to Naples, he was too late and his brother was gunned down. He soon offered himself to Luciano Bartino to save his brother's life, and then him into the ultimate hitman.

Eylan recalls Nicholas buying a cabin in Milan where they spent time together, bonding.

He recalls getting the call from Twist that Nicholas had been dismantled. He headed to New York City to find his pieces and rebuild him.

Later, the military came to research his efforts. Eylan murdered them and continued his rebuilding. He didn't care about the technology, only saving his brother. He activate his brother and tells him they don't have to kill anymore. Overtkill smashed his brother's skill, killing him instantly.

Retrieved from "https://imagecomics.fandom.com/wiki/Curse_of_the_Spawn_Vol_1_23?oldid=48991"
Community content is available under CC-BY-SA unless otherwise noted.