"Return of the Surture, Part 1 - Ghosts" 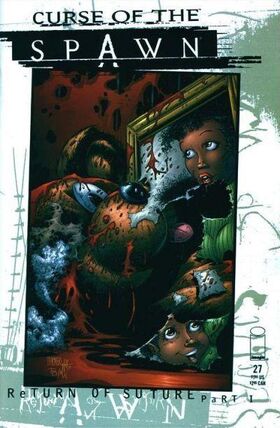 Appearing in "Return of the Surture, Part 1 - Ghosts"

Plot Synopsis for "Return of the Surture, Part 1 - Ghosts"

In a board room, Damon Edward Foster calculates his next move.

Meanwhile, Marc Simmons recalls losing his wife and child to a murderer. He soon lost himself in work, driving himself mad trying to capture the killer.

The next day, he meets Wanda Blake at a coffee shop. They apologize to each other for not keeping in touch over the years. Damon takes photos of their meeting inconspicuously across the street.

When Marc take off in his car, Damon pulls him over and shows him he is also FBI. He informs Marc that Bonner is not the crocodile killer. He believe it is Travis Quinn and hands him a map to Quinn's whereabouts. He takes him into the warehouse and tells him about Gretchen Culver and John Mawbley. He wants to use Quinn as bait to capture Suture. While coming initially declines, he agrees when Foster tells him he knows who killed his son and wife.

They had to the warehouse where Quinn is about to make his next killing. They are spotted and Foster is about to be murdered by Quinn. Suture arrives and chops of Quinn's hands and head. Foster processes his love to her in his don't breath. Simmons screams out for him to tell him who the murderer of his family I'd but he's too late. Foster dies.

Retrieved from "https://imagecomics.fandom.com/wiki/Curse_of_the_Spawn_Vol_1_27?oldid=68192"
Community content is available under CC-BY-SA unless otherwise noted.