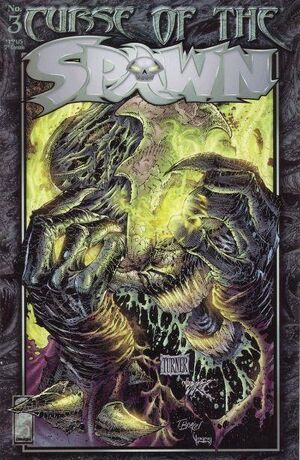 Dorro finds his friend, Abel, in the ashes and is excited to see him. He gladly takes Abel back to the other survivors. High above them, Bune watches them. He orders his Navkies to follow them.

Elsewhere, Daniel Llanso is attached by military men. He quickly dispatched them. He runs into a group of terrified women after working his way through the soldiers.

Madrid and Matthew run into a platoon of human soldiers. They are taken to their base in the sewers. Their leader, Mortemeure, sees the boy and senses evil. He tells him he knows evil and orders his men to kill them. Abel sticks up for them and the soldiers stand down.

He suddenly has flashbacks when he was taken away for murdering his father. He remembers his sister Madrid crying as he was taken away. He received voice command in his head. They tell him to remember his promise to his sister. As Necro-Soldiers move in to attack the innocents, Daniel absorbs their fire. Phlegethonyarre laughs and begs Daniel to keep using his powers.

Several mortal soldiers close in on Daniel. He warns them to stay back so he doesn't use his powers, but they attack anyway. Spawn recalls his murderous ways and quickly dispatched them.

Abaddon appears and tells them he can't fight serving their lord, any more than he can save Madrid. Realizing they are in trouble, Daniel takes off to rescue her. Again then reports in to Phlegethonyarre that they plasm for Daniel to kill his sister is in motion.

Spawn is attacked from all sides and in his anger and confusion over his present state of being a warrior from Hell, destroys many humans while his cloak whispers encouragement. Flashbacks of his sister, Madrid, and his mom torment him. Meanwhile Madrid and Matthew reach a human enclave where they are taken to meet the spiritual leader, Montemeure, who orders them killed. They are saved by Abel and Dorro. After watching Daniel Llanso's reaction to his Hellish situation, Abaddon confers with Phelgethonyarre about Spawn's continued testing.

Retrieved from "https://imagecomics.fandom.com/wiki/Curse_of_the_Spawn_Vol_1_3?oldid=53722"
Community content is available under CC-BY-SA unless otherwise noted.