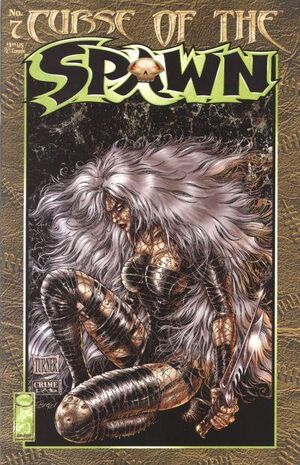 Suture thinks about her past life as Gretchen as opposed to her new goal in life of cleansing mankind.

Sam Burke and Twitch Williams visit police headquarters and ask to speak with Doug Halliday. They continue to receive the runaround from the police officers who don't respect private investigators. Evan Kaine asks them to visit his office at Internal Affairs. Kaine informs them he is working on an internal case and doesn't need them getting in the way and wants them to drop it.

Later, Wayne Tannanger stops by the Sam and Twitch's Private Investigators Office and demands an update. They inform him the cops are stonewalling them for some reason.

Sam and Twitch head to the hospital where they attempt to talk with the ambulance drivers from the night Gretchen Culver was taken. When they open the back of the ambulance, they find Donnello and Forbes have been murdered and stitched together in the back seat.

Meanwhile, someone calls Halliday and tells him that Sam and Twitch are closing in and he needs to clean up his mess.

Elsewhere, Jeremiah Euden surprises another victim with a rose and reveals he is the rose killer to her. Before he is able to complete his ritual, Suture breaks in and kills him.

Sam and Twitch head to Kenny Osbourne's home. They kick in the door to investigate. They find rape cases stapled to bible scriptures. Osbourne comes home and sees the duo and realizes he's been made. He attempts to kill himself but Burke stops him and forces him to answer his questions.

Suture makes a grand entrance into the police headquarters with a rose in her mouth and Eudan's murdered body en tote.

Retrieved from "https://imagecomics.fandom.com/wiki/Curse_of_the_Spawn_Vol_1_7?oldid=53653"
Community content is available under CC-BY-SA unless otherwise noted.