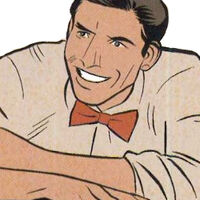 Danny claimed to be bisexual, however, he was almost exclusively homosexual in the choice of his sexual partners.

Retrieved from "https://imagecomics.fandom.com/wiki/Daniel_(Jupiter%27s_Legacy)?oldid=66195"
Community content is available under CC-BY-SA unless otherwise noted.