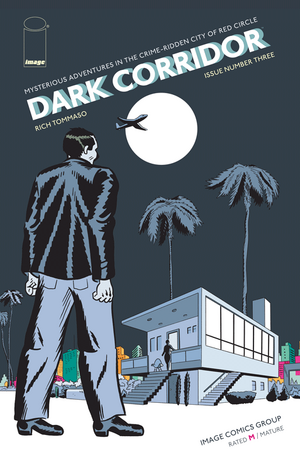 Mia Dorme prepares to kill Carmine Taglioni. She sets up outside his apartment and prepare to breach his apartment from the rooftop. She prepares to enter his home when she sees him pull up in his car, but is surprised when he's suddenly tossed from the window. She spots a female assassin who threw him out to his death. The woman takes off and she and chases her as this was supposed to be a quite job.

As she chases the woman, she thinks that there was only one person who would want Carmine dead. Could she have been double booked or setup she wonders. The female assassin escapes and demonstrates advanced skills which shows Mia she was a professional. As the woman takes off, she catches the license plates.


Appearing in "The Red Circle, The Hunter Becomes the Hunted"

Plot Synopsis for "The Red Circle, The Hunter Becomes the Hunted"

Pete roughs up a man named Bedini in an abandoned warehouse. He murders the man and takes off for his house.

Waiting for him is Mia Dorme, she begs him for shelter. He lets her in but is shocked as he just killed one of Messina's men, and now he's entertaining her, another of his goons. She explains to him how her job was taken out from underneath her. She tells him it was supposed to be quiet and now it will attract unwanted attention. She tells him that Santini ordered the hit as retaliation for the murder of the Scalinas.[1] Pete wonders if she was setup. Mia tells him that Santini is her cousin and she's always been a professional. She doesn't believe it. He agrees to let Mia stay for a bit. However, suddenly bullets fire into the room from an outside sniper. Pete hits the ground with Mia. They escape to their vehicle only to look in their rear view mirror to see a muscle car chasing after them.

The Seven Deadly Daughters integrate themselves more seamlessly into The Red Circle saga.

Retrieved from "https://imagecomics.fandom.com/wiki/Dark_Corridor_Vol_1_3?oldid=45502"
Community content is available under CC-BY-SA unless otherwise noted.