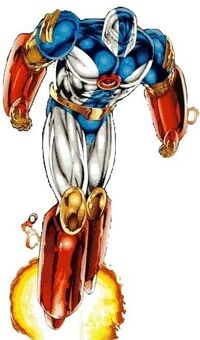 While Diehard was away leading a mission against Cybernet (which resulted in the apparent death of Combat), a totally robotic Diehard was created by downloading Diehard's combat knowledge in the robot's brain. He was to replace the original one, an idea that Shaft disliked, while new member Troll found the robot as a perfect target to jokes as it would never get angry.

After the second Die Hard helped thwart a terrorist attack, several other Diehard robots were created. At this point the Diehard robots become more of an army rather than an individual member.