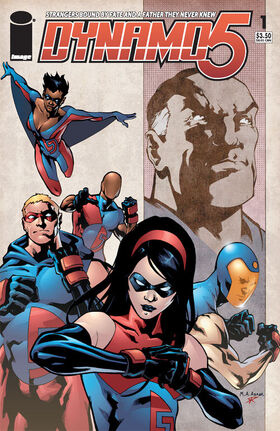 Captain Dynamo has died, leaving Tower City nearly defenseless. Maddie Warner, Captain Dynamo's Widow, has found the five illegitimate children of Captain Dynamo and exposed them to the same radiation causing them each to adopt one of their father's five powers. The five work together to defeat a group calling themselves "The Veil." They stop the Veil, but Visionary is captured. Gage uses his telepathy to lead them to Visionary where they stop the Veil and their leader, Superior.