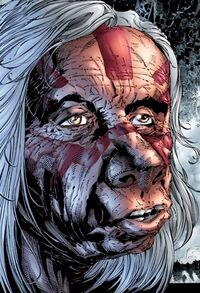 Erlich Westerlin held Jessica Priest captive in his uranium mine. When she wouldn't tell him what the secret weapon Heat-16 was, he murdered her friend. He was ultimately hunted down by two genetically modified creatures, Zacks and Obersmith, for holding onto the weapon.[1]

Retrieved from "https://imagecomics.fandom.com/wiki/Erlich_Westerlin?oldid=31509"
Community content is available under CC-BY-SA unless otherwise noted.