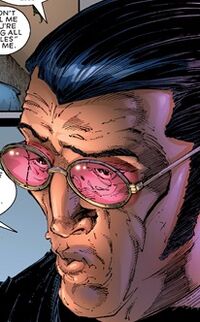 Ethan Crone arrived in New York City to write about the urban myths the local citizens fabricated about their local Spawn. He had cared little for his fellow man, and frequently ignored women for the opportunity to write.[1]

When he finally found Spawn, he cowered in fear and terror at the sight. He later spoke with Cogliostro who told him their was no Spawn, and it was mearly a myth. Ethan had enough and left the city without writing his story.[2]

Retrieved from "https://imagecomics.fandom.com/wiki/Ethan_Crone?oldid=32486"
Community content is available under CC-BY-SA unless otherwise noted.