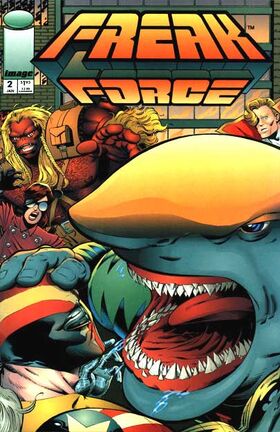 While Dart interviews possible secretaries for Freak Force, agents of the Covenant of The Sword assemble super-powered criminals, including Mako, to retrieve SuperPatriot. Freak Force is eventually able to put a stop to the criminals, who are handed over to the Dragon and the Police Department.