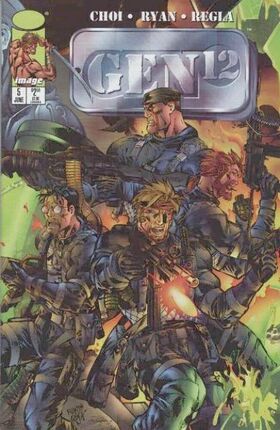 In Washington, D.C., Sideways Bob threatens Senator Killory and gives him instructions from Ivana Baiul.  In the ruins of The Farm, Phil Chang explains how Team 7 rescued Bobby Lane:  borrowing an FBI jet, they flew to D.C.  Chang and Cray failed to recruit Backlash, but Fairchild was able to get blueprints for The Farm from Lynch.  Also, Chang convinced Jack Rhodes to contact Grifter who was training under Zealot.  The team then infiltrated The Farm and coerced Dr. Richard Markus into releasing Bobby.  Black Razors and superpowered operatives tried to stop them, but Grifter arrived to help, and Dane used his powers to briefly hold them off.  Team 7 was taken into custody, but the Coda arrived and helped them escape. They were forced to leave Dane behind, but Chang inserted a virus into the IO computer network to collect evidence against Craven.  Fairchild left with the Coda, having pledged his service to Cordelia in exchange for their help.  Chang placed Bobby in foster care, and the members of Team 7 went their separate ways.  Now, Chang takes a disk from The Farm computer containing the evidence his virus collected and gives it to Morgan.  He and his apprentice then teleport away.  Morgan leaves the complex, ready to deliver the evidence to Killory, but is shot by Mariah Craven.  She takes the disk, introduces herself, and leaves him to die.

Retrieved from "https://imagecomics.fandom.com/wiki/Gen12_Vol_1_5?oldid=76618"
Community content is available under CC-BY-SA unless otherwise noted.