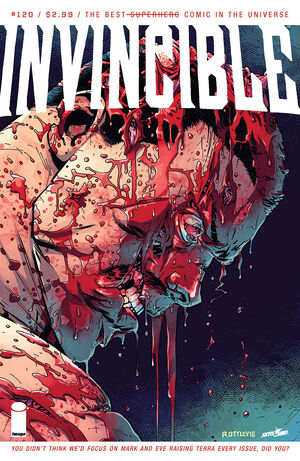 
Plot Synopsis for the 1st Story

Before dying, Battle Beast thanks Thragg for giving him a worthy battle. Thragg then crushes his heart, successfully killing the mighty warrior. Thragg succumbs to his injuries, losing consciousness. The Thraxans witness his victory, calling him a great ruler, and transport him off the planet.

Meanwhile, The Thraxans are attacking Space Racer and Thresha, Battle Beast's lover on their orbital monitor. Thresha suggest they fight, but Space Racer knocks her unconscious and attempts to escape. Oliver and Mark arrive to Thraxa to investigate Thragg and Battle's Beast fight, with them no signs of Thragg on the planet. An elder Thraxan then reveals that Thragg was victorious in the battle and that their battle killed many Thraxans and destroyed many cities. He also revealed that Battle Beast's corpse was incinerated for a moment of celebration and Thragg had left the planet.

Oliver and Mark head to a Talescrian spaceship to discuss what to do. Oliver suggest that they find Spacer Racer and Thresha. One of the crew members notices debris and sees the duo in space unconscious. Mark and Oliver then rescue the duo. After being put into stasis pods, they would regain consciousness. Thresha would break out and attack. Mark and Oliver manage to restrain her. Space Racer manages to get to her and apologizes for Battle Beast's death. Mark goes home that night and tells Eve that Allen may need his assistance again in finding Thragg.

Eve would ask how many children has he produced and it makes Mark the pressure all the more that Thragg is found. Mark then asks Eve is she's ready for bed with her attempting to seduce Mark. Eve attempts to apologize since he's traumatized by his incident with Anissa.[1] Mark then says that he will at least try. It is unknown if Eve and Mark were intimate. Terra's cries wakes Mark up and he goes to attend to her.

Mark would then use the time to bond with Terra. He would change her diaper, and feed her formula with her vomiting on his shoulder. He would play many games with her and various other things. Mark then promises her that she will be okay and will be there for her. Eve wakes up and Mark tells her that they are bonding. Eve ask if they want breakfast and Mark suggest they go for lunch. The trio would go out to lunch and visit a park.

Mark then helps an alien child get her what they believed to be her pet. The girl then eats it, much to Eve and Mark's shock. Eve then declares his love for Mark with him returning it. Meanwhile in Thragg's spaceship, more Thraxan women give birth to his children. One of his mates asks how he is doing, with Thragg remarking that he recovering. It is revealed that Thragg had Battle Beast's hide removed and is now wearing it as a cape.

Retrieved from "https://imagecomics.fandom.com/wiki/Invincible_Vol_1_120?oldid=63712"
Community content is available under CC-BY-SA unless otherwise noted.