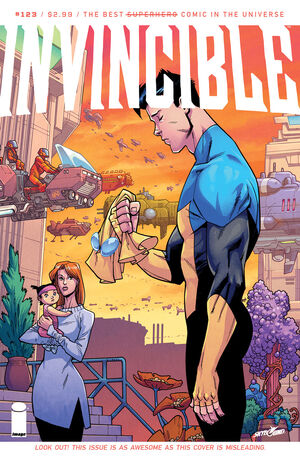 Mark and Eve talk before Mark has to leave to find Thragg. She talks about how she isn't adjusting to life on Talescria. As she stresses, Mark decides to let her relax while he takes care of Terra Grayson. She would go to see the sites around the planet while Mark played and took care of Terra.