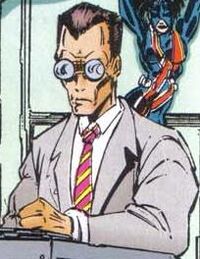 Joseph McCall is Badrock's scientist father. He was once kidnapped by nazi scientist Franz Volger who wanted McCall to transfer Volger's mind to a robotic body, and captured Badrock to force him to do so. Troll later rescued the McCalls and defeated the robotic Volger. [1]

Retrieved from "https://imagecomics.fandom.com/wiki/Joseph_McCall_(Youngblood)?oldid=67972"
Community content is available under CC-BY-SA unless otherwise noted.