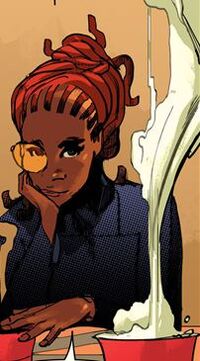 Lena was married to Marik Caine. He became hooked on drugs and she watched his life spiral out of control. She separated from him but when it was too late, Marik died as Lena was unable to reach him in time.

Lena was continuing her work with Senators in Salus when she spotted Marik's sisters, Della and Tajo, return to the city. She approached Tajo and the two bonded over Marik's life. When Lena learned they planned to head to the surface as they were tracking down their mother and only had a Helm Suit to carry one of the, she offered her Subx to them.[1]