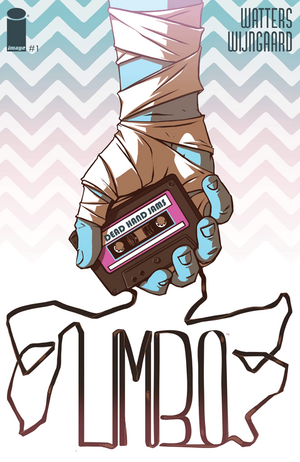 The truth has a way of changing things. And Dedande is seething with secrets to drag kicking and screaming into the light.

In Dedande City, Mr. Clay sits in a seedy bar and enjoys a meal of Lizard on a Stick. He's interrupted by several fishmen who walk in to bar and cause a raucous. At the same time, he receives a call at the bar and the bartender hands him the phone. He can barely make out the other person and only hears mubmlings of words such as, "Sandy" and "Don't trust her." He's suddenly sucked into the bar fight and beaten down by the larger of the two fishmen. When he's thrown into the street, he spots several deathly figures walking towards him and he dives out of the street. When he comes to his senses, he realizes the figures were a part of the Dia de las Muertas parade that is occurring today.

Clay heads back to the apartment where he runs into Sandy who dances and gyrates to the music on her headphones. Clay interrupts her and she tells him that he interrupted her voodoo ritual. She tells him he has a client waiting for him upstairs so that he could finally pay the rent to her.

He walks upstairs and meets Bridgette. She tells him she had to sneak out of the parade to meet with him as she is being closely watched by The Thumb. She tellls him how she walked in on him meeting with a mysterious man who sucked a goat into the TV in front of her. When she ran, she's not sure if she had been spotted. However, she knows he has attended all of her performances as a singer since then. Clay tells her he knows that The Thumb runs all the illegal drugs in the town and will look into it as the Dedande Police are crooked.

Later, he shows up late to her performance and spots The Thumb leaving. He heads to the rooftop where he sees The Thumb exchanging drugs with the two fishmen he had fought with earlier. They exchange drugs and the fishmen tell The Thumb it is becoming increasingly more difficult to smuggle drugs into the town. In exchange, The Thumb snaps the neck of one of his men and has the fishmen take him as a token of his appreciation. As the fishmen leave, they reveal sharp teeth as they are really part fish and start to consume the man. From the rooftop, Clay thinks to himself how this will be an easy case now that he captured the drug exchange on camera and nothing could go wrong.

A detective with no memory, no identity and no manners. A femme fatale seeking escape from a powerful crime lord. A voodoo queen with a penchant for mixtapes and hi-tops. A goat-eating TV… Welcome to Dedande City, where good people check under their beds at night and reality is never quite what it seems. A NEW surreal neon-noir series crossing 50s pulp with an 80s VHS visual aesthetic drawing from the likes of Carpenter, Cronenberg, and Lynch.

Retrieved from "https://imagecomics.fandom.com/wiki/Limbo_Vol_1_1?oldid=52074"
Community content is available under CC-BY-SA unless otherwise noted.