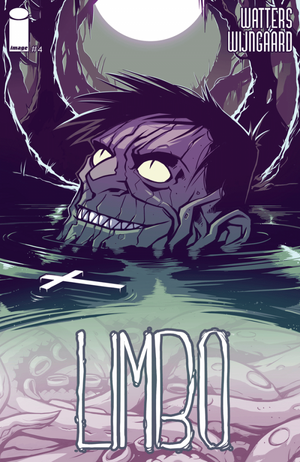 Clay wakes up to find himself in a water pit. The Thumb lords over him with his minions and releases an alligator into the pit. Clay does fight the alligator and instead tricks it onto land where it attacks the Thumb's minions.

Clay is knocked out and brought to a room. When he wakes up, he finds Bridgette standing over him. She tells him that she orchestrated everything. Thumb, being captured, and now... being released. He is thrown into the TV where the Teleshaman helps him escape. Clay can't believe he's alive and the Teleshaman tells him he's been under the Thumb's control for a long time and needed a fake death to escape.

Clay is released into the swamps. He stumbles upon a group of fishmen and finds they are praying to their God and plan to eat the man. He heads to the boat to escape but has a guilty conscious for leaving the man. He returns and fights off the fishmen. The fishmen all run away but not from Clay, but from the gigantic monster behind Clay that Clay did not notice.

Something is slithering under the stagnant waters of the swamp, and our detective finds himself face to face with some old friends…

Retrieved from "https://imagecomics.fandom.com/wiki/Limbo_Vol_1_4?oldid=55621"
Community content is available under CC-BY-SA unless otherwise noted.