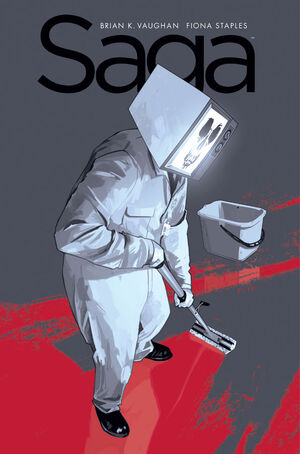 On Gardenia, Alana wears a revealing, sexy outfit while eating non-organic cereal and tells Yuma she quits the Open Circuit. K-Fabe breaks into the room and scores drugs from Yuma. They talk about doing drugs for every performance and eventually you get used to it.

At Ginny's house, Hazel rides Friendo while Ecca plays in the yard with them. Ginny and Marko talk about their relationship problems and Ginny puts her hand on his lap to console him while telling him all marriages have secrets. Suddenly, Hazel has a blow-out from her diapers. When Ginny offers to undress her and change her Marko shoots up and takes her home, abruptly cutting short their hang out session so as to avoid her finding the taped down wings on Hazel's back.

Meanwhile on the HMS Skyscraper, several royals battle Dengo as he murders everyone on the ship. He takes control of the ship and sets course for Gardenia to broadcast to the world about the poor problem on the Robot Kingdom via the Open Circuit.

On Gardenia, Klara scoffs at the D. Oswald Heist novel she reads but Izabel calls her out that she can't stop reading it. Klara claims it's her only way to honor his memory since she wasn't given time to grieve by dismembering her attacker. Alana suddenly comes home glowing about receiving a raise. Klara and Izabel are both leery as they see her bloodshot eyes. Marko surprises her in their room and they make love to take out their frustrations.

In a vision, Prince Robot IV has a dream that he had a son with Princess Robot. He is suddenly woken up and realizes he's on Sextillion. When Mama Sun tells him he had a son, he blasts a hold through her chest. He announces he needs to see his father to make things right.

Retrieved from "https://imagecomics.fandom.com/wiki/Saga_Vol_1_21?oldid=60389"
Community content is available under CC-BY-SA unless otherwise noted.