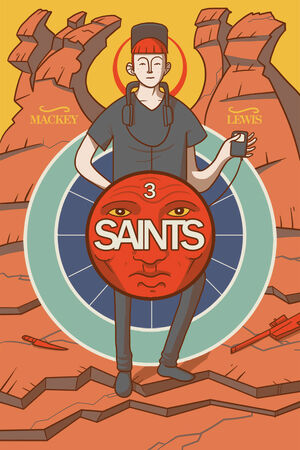 So it's issue three of this Crusade you want to know about? Our Saints march on in their battle with teen runaway (and telekinetic) Saint Stephen. At the same time the Archangel Michael's soldiers on Earth continue to sacrifice the anointed. Slush puppies, talking religious paintings, and murderous rednecks abound in the third installment of Image's new ongoing series![1]

Retrieved from "https://imagecomics.fandom.com/wiki/Saints_Vol_1_3?oldid=51976"
Community content is available under CC-BY-SA unless otherwise noted.