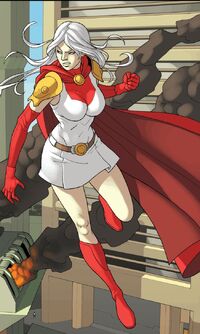 Sally Crane was the sister of the super hero Supreme. She became the super heroine Suprema after she was exposed to Supremium like her older brother.