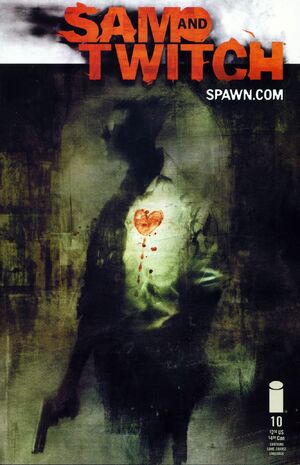 Witches cast magic in a park in New York City. A man goes out running and stumbles upon their bodies and calls the police.

At Twitch Williams' apartment, he and K.C. McRory watch Sam Burke make an appearance on TV. Everyone wants to hear about the Udaku case and Sam informed them that Twitch opted to not write the book with him. KC tells Twitch it's rare to see someone as content with their life. They suddenly receive a call for a case and rush out the door.

Sam meets them at the park. A jogger called in finding six mutilated bodies. When they investigate, the women's heads are mounted on stakes and their bodies burnt to a crisp. Twitch finds a book on witchcraft lying around and tells them it might be a ceremony. On a hunch, Sam tells the photographer to grab some shots of the crowd too. As they pick up knives, they suspect they could be weapons. A woman walks up and tells them they aren't weapons, but Athemas.

At New York City Police Headquarters, the woman tells them one of the witches was her lover. She was celebrating the vernal equinox with her circle. Sam is doubtful about the validity of magic and asks belittling questions. She provides an alibi for where she was at the time of the murders.

Retrieved from "https://imagecomics.fandom.com/wiki/Sam_and_Twitch_Vol_1_10?oldid=42765"
Community content is available under CC-BY-SA unless otherwise noted.