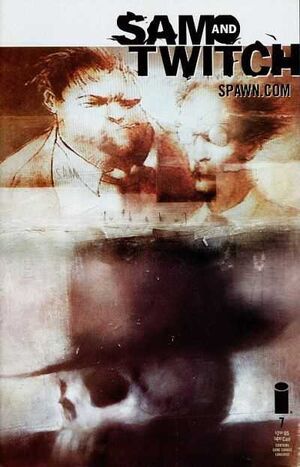 Sam Burke recalls hanging out with his friend Billy as a small boy. He stuck up for a girl when she was being harassed by other boys.

In the present, Sam shakes down Keller for information on Udaku. Before he gets anything, Li'l Pits Sangiacomo holds a gun to them and takes Keller. As he takes off, a trenchcoat man jumps on their vehicle and a massive explosion throws Sam and Twitch Williams back. Barbara Rodriguez watches from a distance in shock as a body part falls in her lap. A wounded officer begs for help.

Later at the hospital, Rodriguez drills the wounded officer for information on Udaku. The officer tells them the old shift Lieutenant Barnes invited him to a meeting. There an 18 year old girl went on about organized crime coming back to a room full of cops. He tells them the Udaku are a group of South African crime lords who have been in power for 500 years. K.C. McRory breaks into the room and tells them the Udaku are using people as biological weapons.

Retrieved from "https://imagecomics.fandom.com/wiki/Sam_and_Twitch_Vol_1_7?oldid=42762"
Community content is available under CC-BY-SA unless otherwise noted.