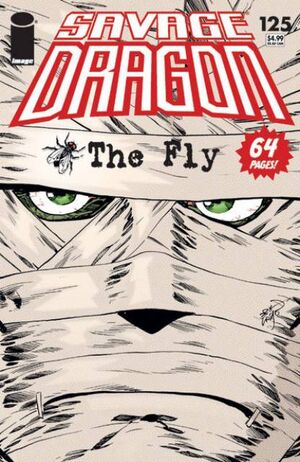 Appearing in "Things Get Worse"

Plot Synopsis for "Things Get Worse"

The Dragon fights his most devastating battle ever! Now, barely clinging to life, his regenerating abilities gone, things couldn’t be much more desperate! Enter: the FLY! Meanwhile, Mister Glum prepares to take over the planet Earth! Plus: whatever other goodies we can cram into this giant-sized anniversary issue! Not to be missed!

Retrieved from "https://imagecomics.fandom.com/wiki/Savage_Dragon_Vol_1_125?oldid=48575"
Community content is available under CC-BY-SA unless otherwise noted.