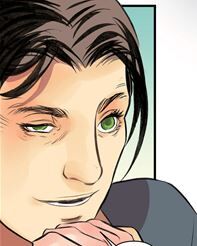 In years past, he was hired to protect a cash shipment from Baboushka. However, he developed a romantic soft-spot for her and the two connected romantically for a while.

Years later, Seamus attended a meeting called by Bob Felton, an ex-CIA member, who was illegally auctioning off his work files. When Somali pirates attacked and guns were fired, Seamus dove out of harm's way and protected Baboushka while Felton was caught in the crossfire.[1] Later, when he was sneaking around the ship with Baboushka, she revealed she knew the pirates were secretly after the data. Seamus knocked her out and called into the pirates as their boss, revealing he was behind the raid the whole time.[2]