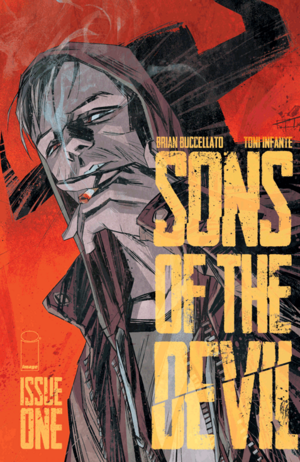 In 1989 Venice, California, Tilly puts her son to sleep. A man named Henry breaks in with a hammer and begins murdering the family. Tilly protects her newborn son who has one blue and one red eye. The man asks her if she's really giving him two at a time.

Years later, Travis Crowe arrives late to his mechanic job. His boss, Robby Doyle, is furious with his negligent attitude and places him on administrative leave.

At the newspaper, Klay visits his editorial chief. He's shown a picture of a man with one red eye and one blue. He decides to follow up on the story as he knows someone in a similar situation.

Later, Travis Crowe returns to his home to find Klay waiting for him. Travis flippantly passes Klay and tells him just because they grew up together in a foster home doesn't make them family. Klay presses Travis on the picture as they both have the same eye genetic defect even though the picture was taken thirty years previously.

Travis meets with Melissa. She hands him the picture once more of the man with the eye defect and tells him it could be a lead on his parents' origins.

Later that night, Aaron Wilkes knocks on Klay's door. He asks him for the name of his lead again and Klay tells him he never informed him of it. He then tells Aaron that he also never mentioned where he lived and furiously threw the man out without hearing what he had to say.

Travis drives around in his car talking to his dog. He talks about how Klay screwed him over as a kid and how he bounced foster home to foster home. He doesn't think he should have to suddenly forgive him. As he arrives at Klay's house, he finds him murdered. He's suddenly attacked from behind by a man claiming Travis is, "the chosen one" and knocked unconscious.

He files a police report and spends time in recovery at the hospital.

Days later, he attends the funeral of Klay with Melissa. He asks he if she wants to move in together. Mel asks if he's doing this because of losing Klay. She denies his request and asks him he needs to think about it further.

Later, Travis heads to a pay phone and calls Eric Burton, a councilor. Unknown to Travis, Eric had a man tied up and murdered in his home as he was discussing to him on the phone.

Retrieved from "https://imagecomics.fandom.com/wiki/Sons_of_the_Devil_Vol_1_1?oldid=48957"
Community content is available under CC-BY-SA unless otherwise noted.