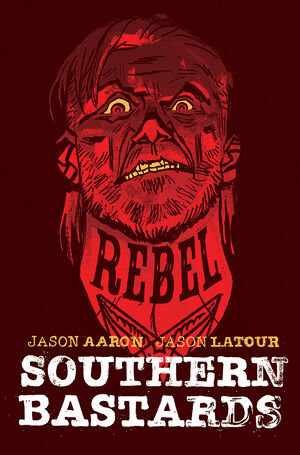 A day before, Donny Ray speaks with his wife about saving the town by passing on the practice of religion. He tells her his next soul to save will be Esaw.

In the present, Donny waits outside in Esaw's living room as he finishes having sex. When Esaw enters the room, he tells him he just wants to tell Esaw about the Lord's plan for him. Esaw smiles and is flippant about believing in religion.

The next day, Esaw allows Donny to tag along. They head to the Compson Bank to withdraw $300,000 for football pads. Esaw talks lewd about the Compson Twin that works there as Donny continues to push him to see the light of the lord.

Esaw then takes Donny to see Coach Boss. He's quickly ushered out as the coach is concerned about having lost Ol' Big. He's offered a chance to make the defensive plays for the Running Rebs.

Esaw heads to Boss BBQ where he attempts to draw up a defensive plan. He looks at only blitz plays and both Donny and Shawna warn him he needs to watch passing plays and mix it up.

Later, Esaw takes Donny with him on a run. They met with arms dealers who warn Esaw he needs to not bring scared civilians to a deal. They exchange automatic weapons for the money and take off. Esaw fires of rounds at signs and enjoys the violence so much that he starts beating Donny and asking if this was part of the good Lord's plan. He places the bible over his face and starts smashing the bible into his face to see if it will protect him.

Later that night, Donny returns home to his wife and tells them the Lord wants them to move.

Retrieved from "https://imagecomics.fandom.com/wiki/Southern_Bastards_Vol_1_10?oldid=40190"
Community content is available under CC-BY-SA unless otherwise noted.