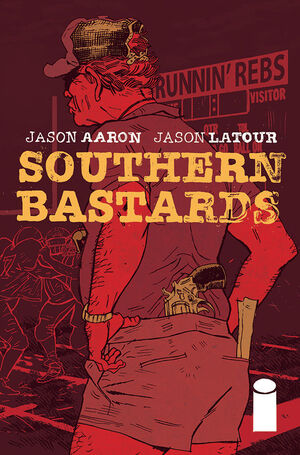 Appearing in "Here Was a Man, Part Two"

Plot Synopsis for "Here Was a Man, Part Two"

Earl Tubb speaks on the phone with the voicemail of someone again. He tells them the tree that grew out of his father's grave was tougher than he was and he's given up on trying to chop it down. He decides it is too late and will check out the local football game and head out in the morning.

At the game, Tad asks Earl why he hasn't left yet. Earl says he's leaving, but the tree is staying. Suddenly, Dusty Tutwiler appears as a bloody and mangled mess. He crawls towards Coach Boss begging for forgiveness. Coach tells them to get him the hell off his field and acts like he doesn't know Dusty.

The next day, Earl visits Sheriff at this office and tells him Dusty had been murdered. The Sheriff is slow to respond and appears to be unhelpful. Earl notices a football trophy on the desk and realizes he may be in cahoots with the Coach. Earl takes off realizing if anyone is going to set this right, it has to be him.

Earl heads back to the tree growing out of his dad's grave and yells at it as if were him. He tells his dad he never asked for anything and ran as far as Vietnam to get away from him. A sudden lightning strike hits the tree and in its rubble remains a bat

Retrieved from "https://imagecomics.fandom.com/wiki/Southern_Bastards_Vol_1_2?oldid=63363"
Community content is available under CC-BY-SA unless otherwise noted.