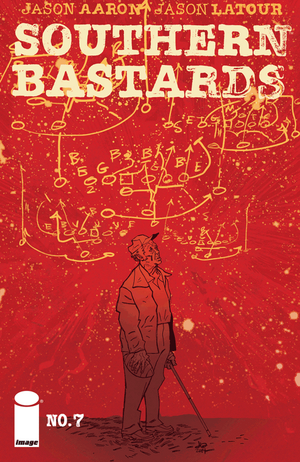 Ueless Boss sits on the sidelines of the game as his team plays on. When he skulks home, many people stop and ask where his dad is and he dismisses everyone saying he doesn't know. Opening the door, he finds Mozel waiting for him. He tells him he thought he was doing him a favor by not killing his dad. He offers him money and tells him he never made it in football either, and says when he's ready to learn about that come see him. He leaves a $100 bill on the counter for Euless as his apology.

Later, Euless sits watching a football game with Ol' Big. His father stumbles home and finds Euless sittng with a man of color. He instantly starts attacking the boy and Ol' Big throws him off. When Olis starts beating on Ol' Big, Euless comes running out of the backroom with his helmet on and hits his father so hard it nearly kills him as the fly through a wooden fence out the door. He stands up and tells his dad to never come back as he walks back into the house.

Over the next few weeks everyone watches Euless make amazing plays and great tackles. However, he comes home every night and finds the phone hasn't rung and he has no leads on a college play.

Later, he gets a job offer from his old coach as the football stadium. He learns he never got a call because the coach badmouthed him to everyone. He told college coaches he couldn't work well with others and that turned them all off to him. The coach gave him a job as the lowest job of them all in football, the ball boy.

Retrieved from "https://imagecomics.fandom.com/wiki/Southern_Bastards_Vol_1_7?oldid=35993"
Community content is available under CC-BY-SA unless otherwise noted.