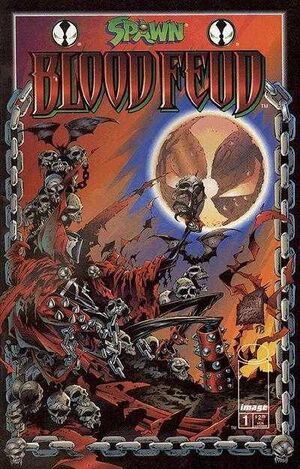 On a rooftop in New York City, several gangsters are attached by an unseen assailant.

Elsewhere, the voice of K7-Leetha can be heard announcing her awakening and lineage. She dreams she is Albert Simmons. She chases Demons and slaughters them.

Al is suddenly awoken by his street bum friend who tell him he was dreaming and his cape was going wild. Al is embarrassed and walks away as he needs to find out what his suit is doing and how it's alive.

At a press conference, John Sansker arrives. He displays several photos he has taken of Spawn and announces that it is most likely a vampire. They place warning photos of Spawn up around the city, warning citizens to stay clear.

Spawn sees the flyers and is outraged as he thinks he's only helping the city.

That night, money launderers are attached by an unseen assailant again.

K7-Leetha dreams she descend upon demons again. Spawn wakes up in the middle of the street with blood on his hand and surrounded by NYPD. He panicked if his suit has been forcing him to perform the late night killings.

Retrieved from "https://imagecomics.fandom.com/wiki/Spawn:_Blood_Feud_Vol_1_1?oldid=45788"
Community content is available under CC-BY-SA unless otherwise noted.