"A Face in the Crowd" 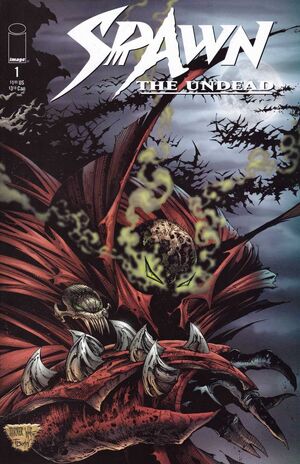 Appearing in "A Face in the Crowd"

Plot Synopsis for "A Face in the Crowd"

Tom Sloan drinks alcohol and climbs a bridge in New York City. He considers jumping when a man suddenly offers a chance to hear his story. In return the man promises to leave him be if he's allowed to say his part as well.

Tom tells him that he feels lost. He recalls growing up in a broken home where he would physically abuse his sister to make himself feel better. He began drinking and grew farther form society with each drink. His sister was eventually killed by a drunk driver. He drove to her funeral drunk and could only think about when the funeral would be over so he could continue drinking.

The man tells him that God exists in the world, and he only needs to try to see him. He tells Tom he wants there to be an afterlife too as then he would see his sister again. The man leaves Tom.

Spawn suddenly appears and tells Tom that Heaven was interferring to deprive Hell of soldiers. He then tells Tom to forget everything the angel told him. Tom jumps off the bridge and kills himself.

Retrieved from "https://imagecomics.fandom.com/wiki/Spawn:_The_Undead_Vol_1_1?oldid=42842"
Community content is available under CC-BY-SA unless otherwise noted.