"Up the Down Stairs" 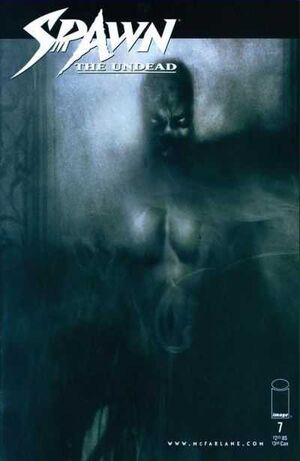 Appearing in "Up the Down Stairs"

Plot Synopsis for "Up the Down Stairs"

Sue Uttley walks through the mail with her son, Josh. He suddenly runs off on his own up the escalator. Sure has a paralyzing fear of escalators and is terrified to watch him run up.

Belial, the angel of fear grand the boy and escorts him to the boy's room. Spawn confronted him and asked why he's doing this. Belial says fear is a gift. It's what helps them be prepared and drives then to not be alone.

Retrieved from "https://imagecomics.fandom.com/wiki/Spawn:_The_Undead_Vol_1_7?oldid=42848"
Community content is available under CC-BY-SA unless otherwise noted.