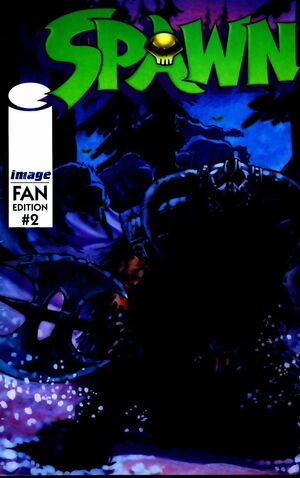 Malebolgia continues to tell the story of how Nordik was a great warrior and killer in his mortal life. It wasn't until he meet McFallon the Dragon Master that he finally fell in battle.

Upon reaching Hell, Malebolgia imbued him with demonic powers and made him the next Hellspawn.

Upon returning to Earth five years later, Nordik headed to Ireland where McFallon lived and exacted his revenge on the entire town by burning it to the ground.

Retrieved from "https://imagecomics.fandom.com/wiki/Spawn_Fan_Edition_Vol_1_2?oldid=42852"
Community content is available under CC-BY-SA unless otherwise noted.